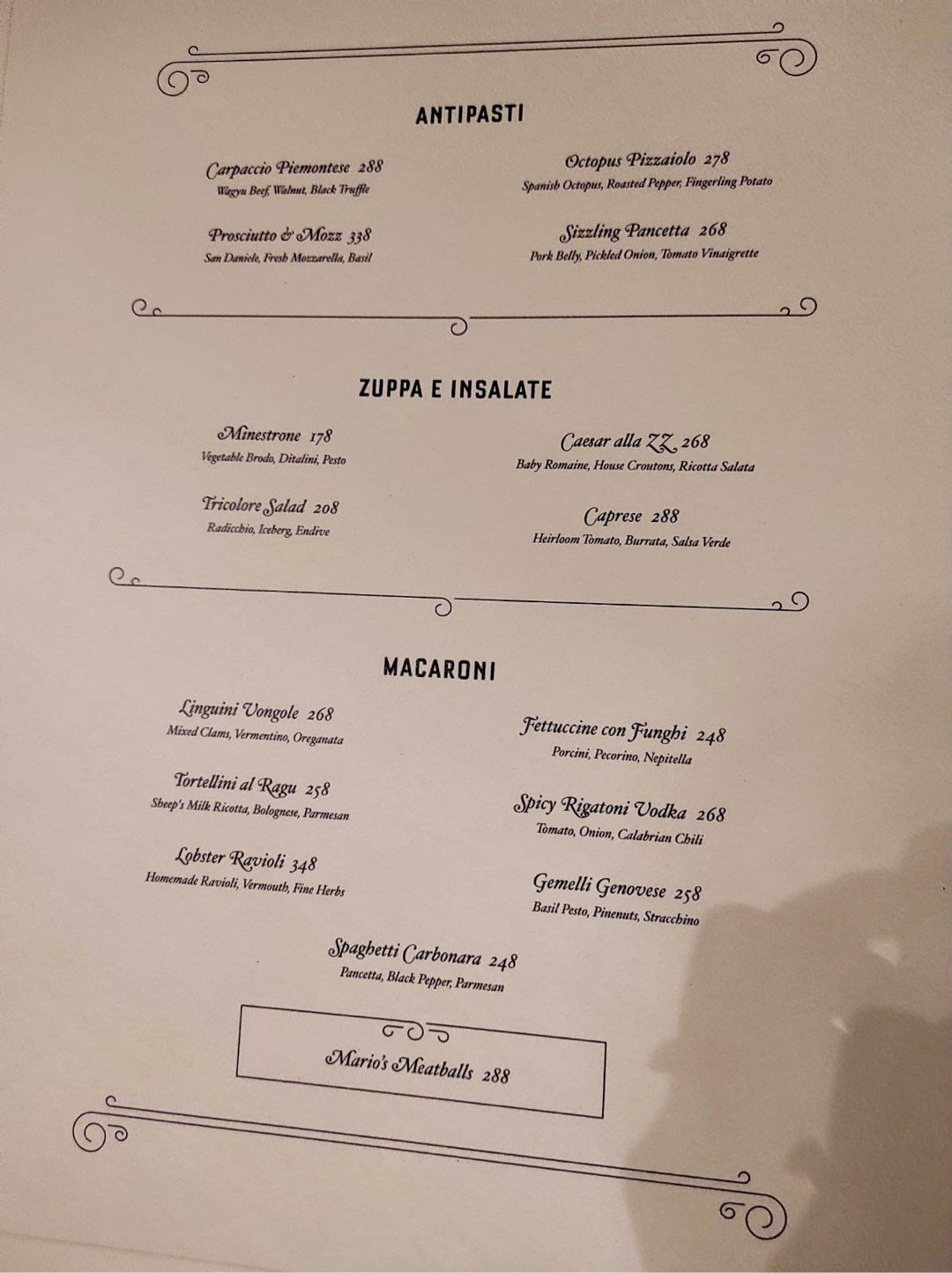 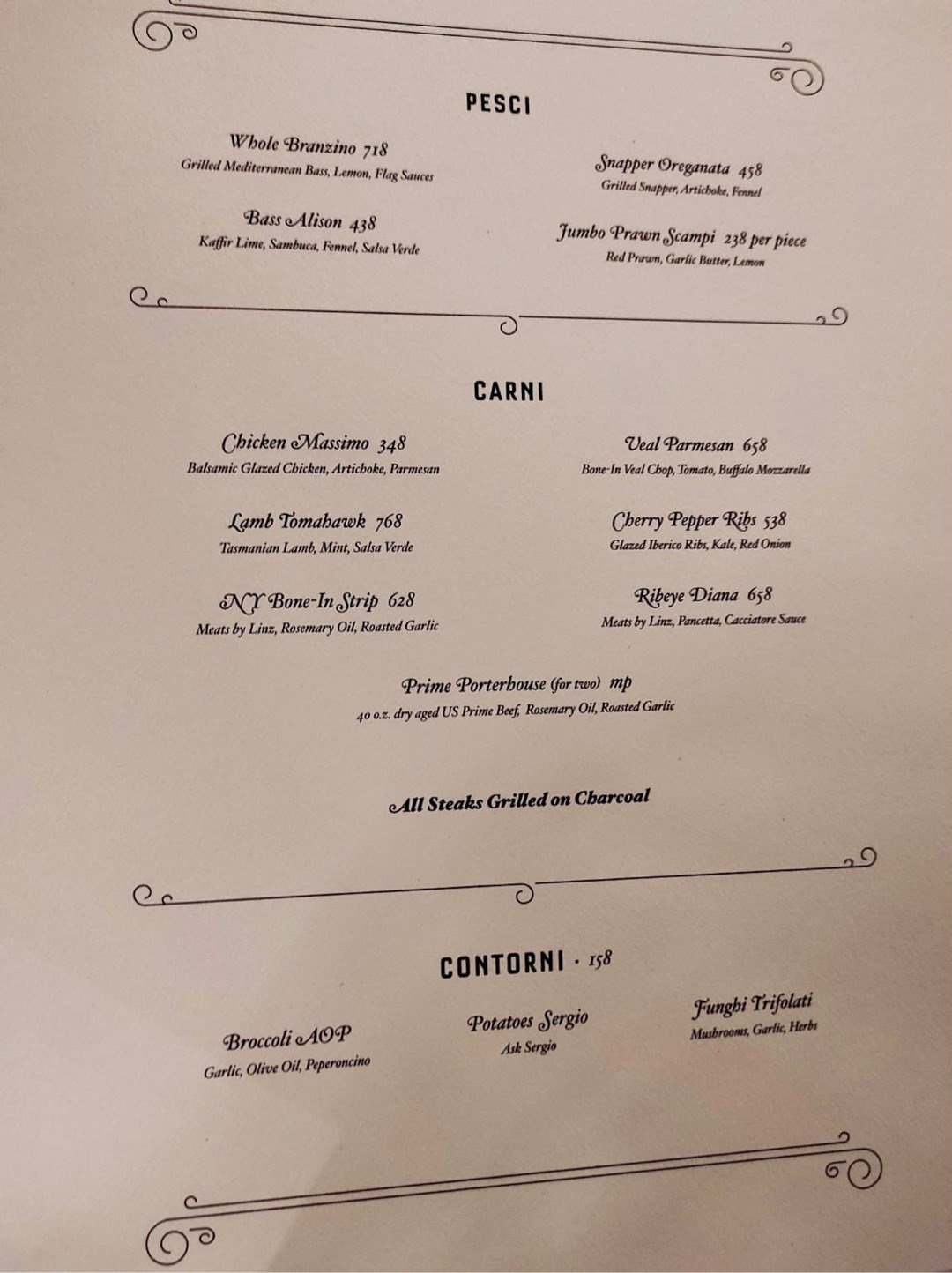 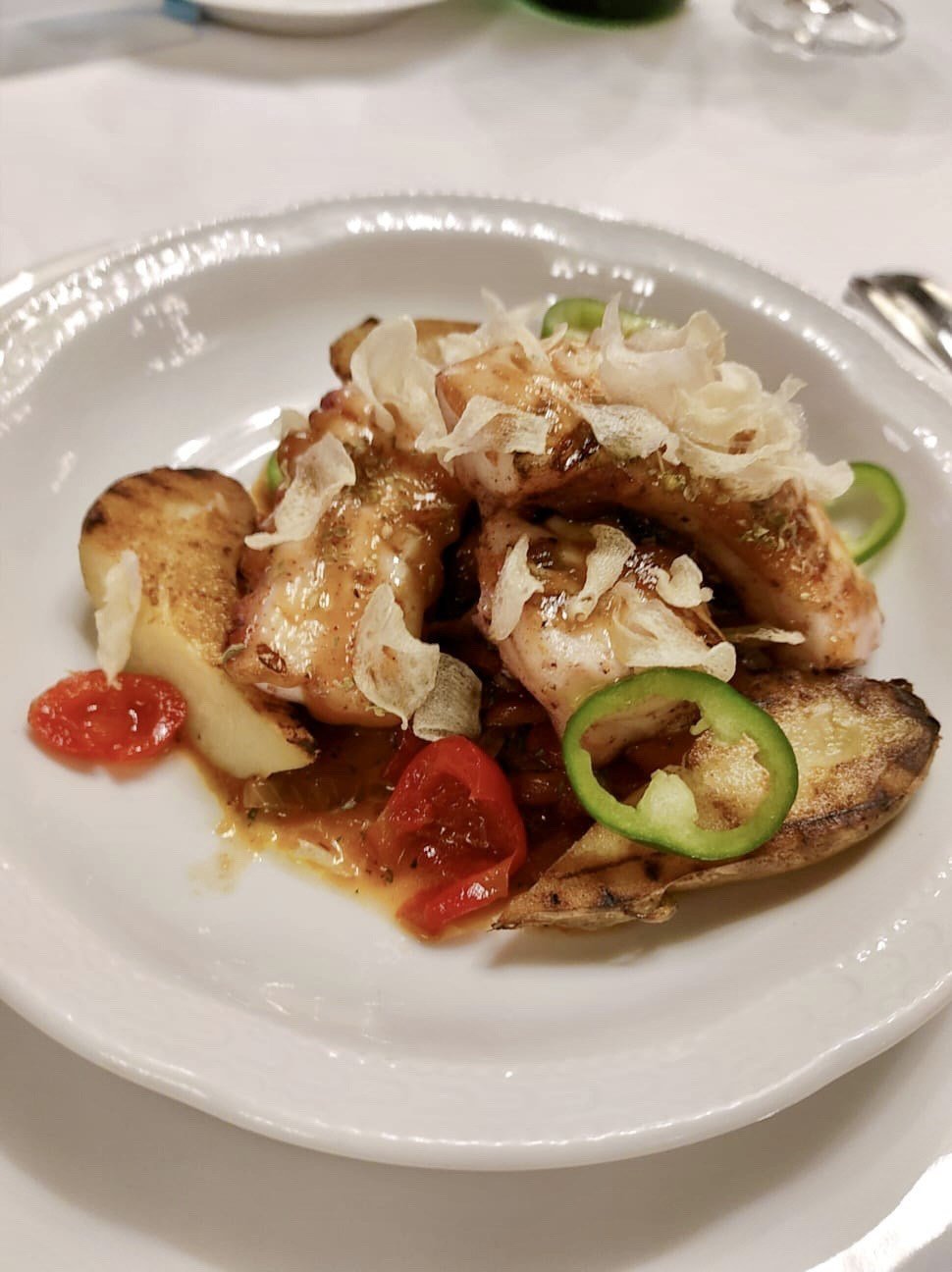 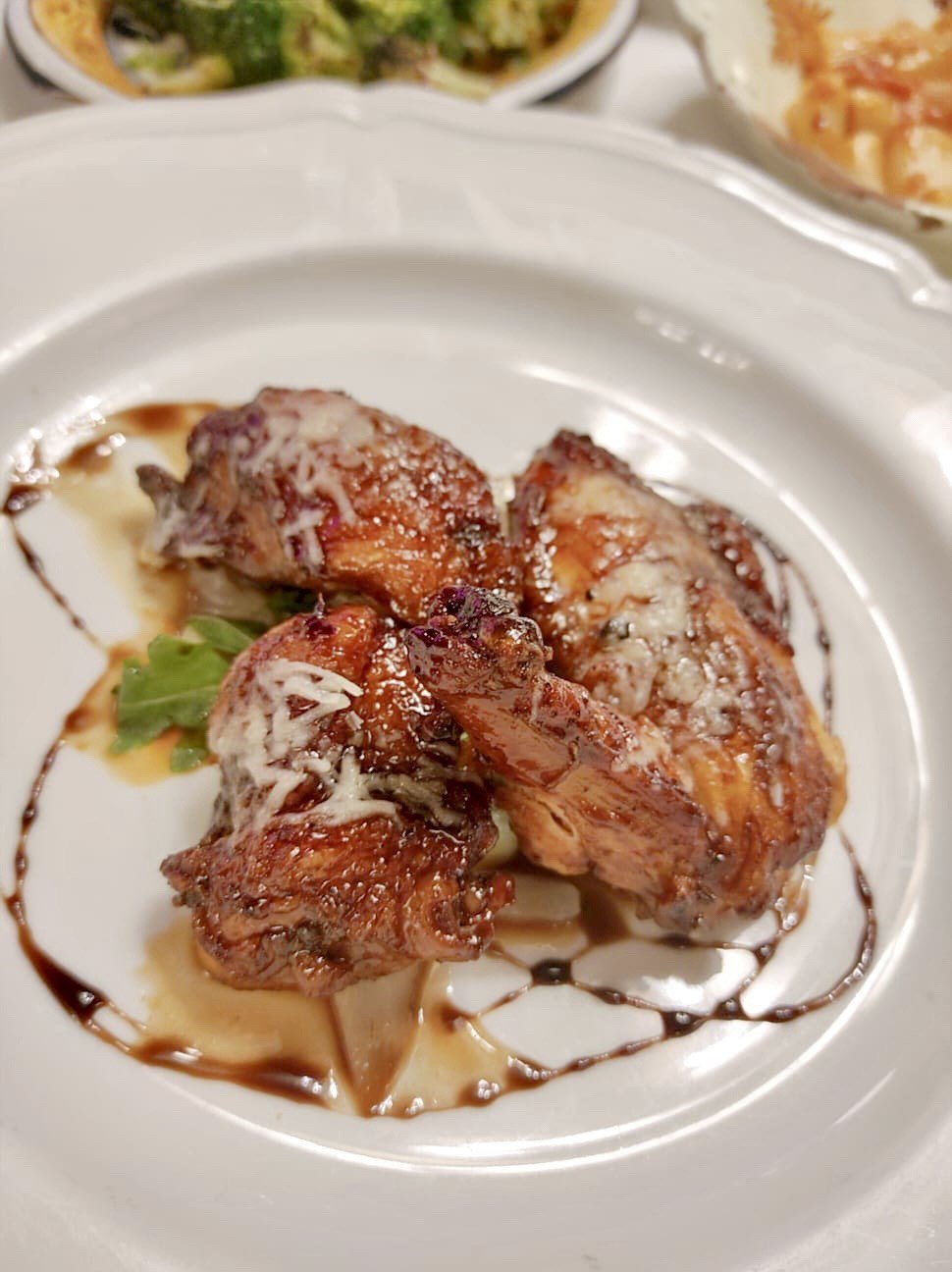 網友對中環Carbone Hong Kong餐廳評價:
Summary: Spectacular prices and quite unspectacular food had me scratching my head the entire meal. Neither the ingredients nor the execution justify the price, so you’re paying a LOT for the (wonderful) service and (fine?) ambience. Maybe that’s the Black Sheep formula, but I just don’t get it. If you find yourself there, try the Rigatoni Vodka, which is indeed delicious (though it’s pretty easy to make at home too). The portions aren't even big!I’ve heard about Carbone for YEARS. vodka sauce pasta, giant portions, awesome food, worth the price, vodka sauce pasta, etc etc but its selling point as (FANCY) old school Italian American food never did it for me… American Italian is so heavy and saucy and full of meat and cheese; not my thing, especially at this price point. Nevertheless, I thought before I leave HK, and because my mother was in town, that we should try it at least once, so we did for Sunday lunch (which is a la carte btw – lunch menu is only for weekdays and Sat)Here’s the menu:Small menu, which can be a good thing, but the appetizers did feel rather limited. Everyone gets a few nibbles to start, including a chunk of grana padano charmingly carved out of a wheel tableside, some salami milano and a piece of garlic bread. Was wondering where the bread was during the meal  but there was nothing soaking up with bread anyway (my beloved scarpetta)Here’s what we orderedctopus PizzaioloRoasted fingerling potatoes and octopus, under a bunch of roasted red peppers and onions nothing offensive, but more pleasantly edible than interesting or delicious.Sizzling PancettaClassic presentation, but the pancetta, while tasty and chewy without a ton of fat, was... just a piece of pork. Didn't get any depth of flavor besides the salt and fat.  Rigatoni with Vodka SauceThe one Italian dish I really miss from America cream, tomato, vodka, and at Carbone, a bit of spice. A great dish, with the flavor/acidity of the tomatoes and small amount of spice offsetting the creaminess, which helps to coat all the rigatoni. You'd think for the price they'd give you a little more though... this is enough for maybe 1.25 peopleChicken MassimoFor Sunday lunch none of us wanted red meat, so apart from fish (which I never trust at fancy places) and a $658 veal parmesan *facepalm*, this chicken was all we had to choose from. It was... just not good. The balsamic glaze is so mild as to be inconsequential, and the extra balsamic sauce is more sour and watery than rich and umamifilled. The chicken was more or less nicely cooked, but with so little flavor, it was just a roasted chicken with too much white meat. And where were my artichokes? This is a dish I'd frankly expect at a HKWestern restaurant for like 120$, not at a 1star restaurant for $348. Infuriating!One note on the great service: they asked how the meal was going and I gave them the above feedback on the chicken. After apologizing for what they seemed to know was a kind of blah dish, they gave us an extra lemon cheesecake on the house, which was very nice.  Overall, the service is excellent, with Anna in particular knowledgeable, friendly and obliging.SidesPotatoes SergioHave to say, the sides were tremendous Potatoes Sergio are boiled fingerling potatoes that are then smashed, fried, then roasted and covered with herbs. Terrific crunch in the skin and delicious with salt and olive oil.Broccoli AOPCan't say I've ever had more delicious broccoli tons of tasty herbs, garlic, olive oil and lemon juice (I think) make for a delicious combination. Even my friend who hates broccoli ate a bunchDessert TrayLemon CheesecakeTiramisuThe desserts were very good but also like 220+ per piece. Bonkers.Overall: it was pretty much American Italian food as I remember it, though much more expensive and with a lot less flavor; so in fact, nothing at all like I remember.  They went with heavy doses of nostalgic tableside serving at the expense of real innovation or execution; I'm still not sure what it meant that the sides were the best part of the meal. We didn't have anything at Carbone that I haven't had better in other places for less, apart from the Rigatoni with Vodka. Maybe we missed the red meats (though how special can those be?) and only had one pasta (though they others seemed very standard), but I think we tried enough.The portions were frankly, small, relative to the price and execution.  Say what you want about the elegance or subtlety of the Chicken Parm at Gino's in NY, but you won't be going home hungry, that's a promise. I couldn't even get that out of a dish at Carbone for 3x the price.For the three of us it was $2100, without alcohol (but with mineral water) and that's a lot. I was just complaining about how expensive Lucale was last month, but at least they had some truly outstanding and unique dishes. I just don't get how Carbone is worth it, or why it has such a fervent following. Side note; VodkaCreamTomato Pasta a super easy dish to make at home after this meal, I'm more inspired to try it again, or at least settle for the cheaper one at Posto Pubblico. 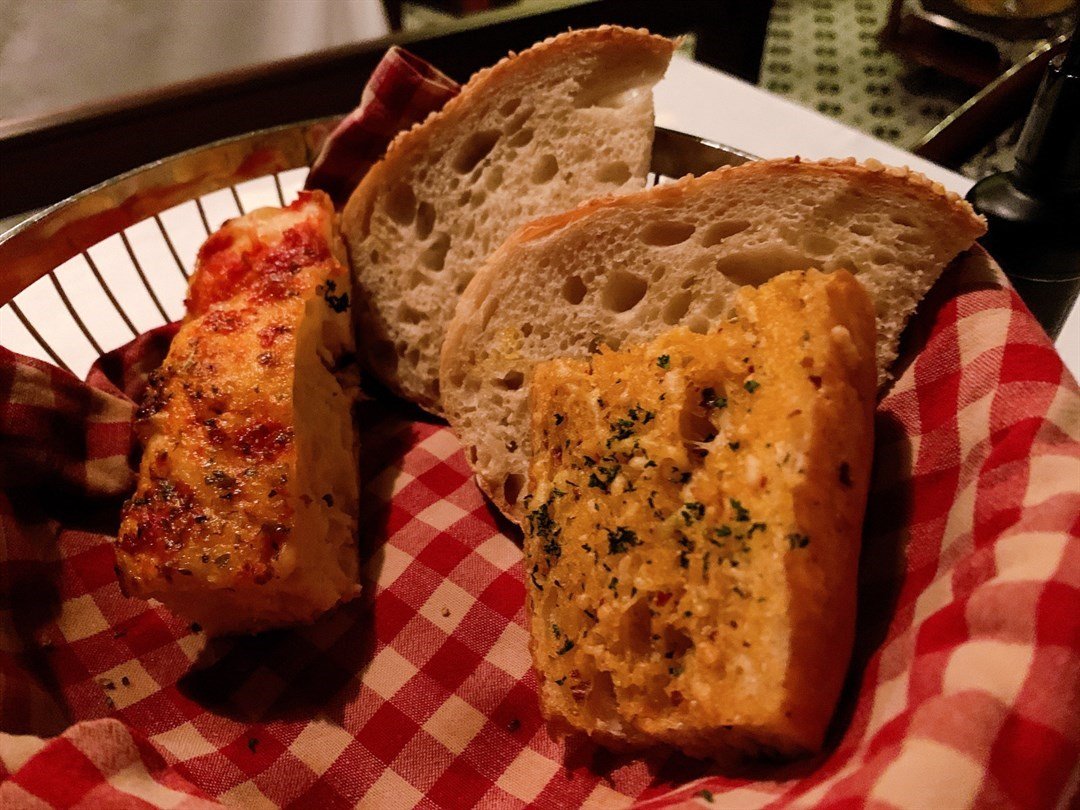 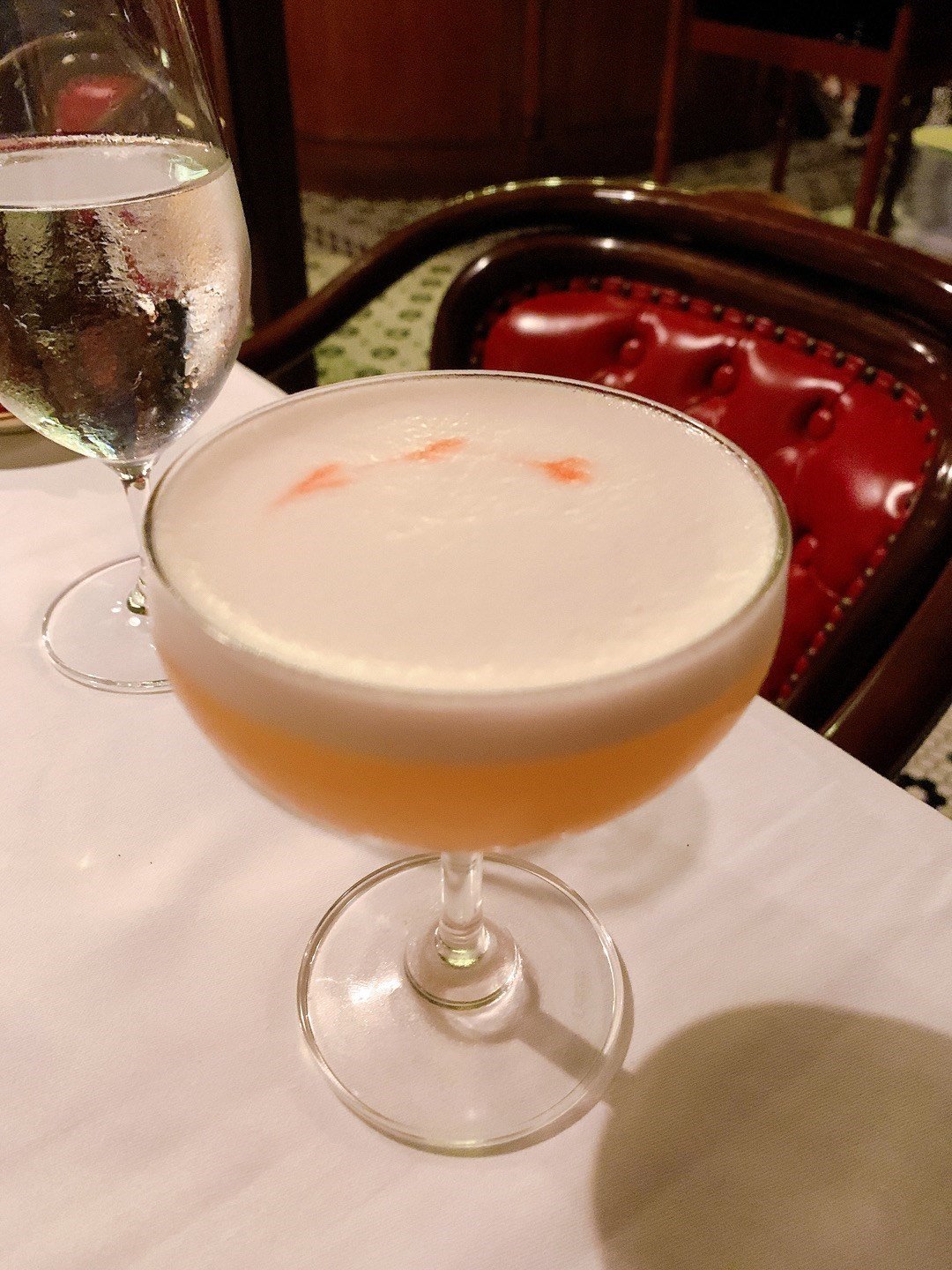 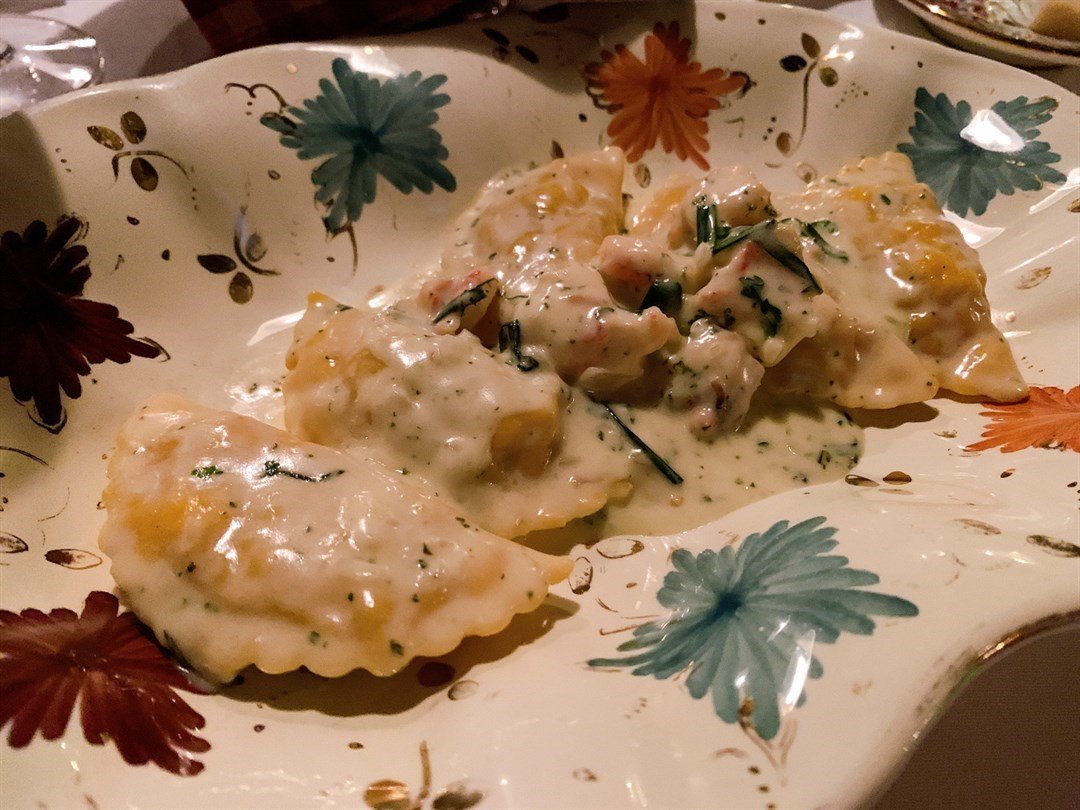 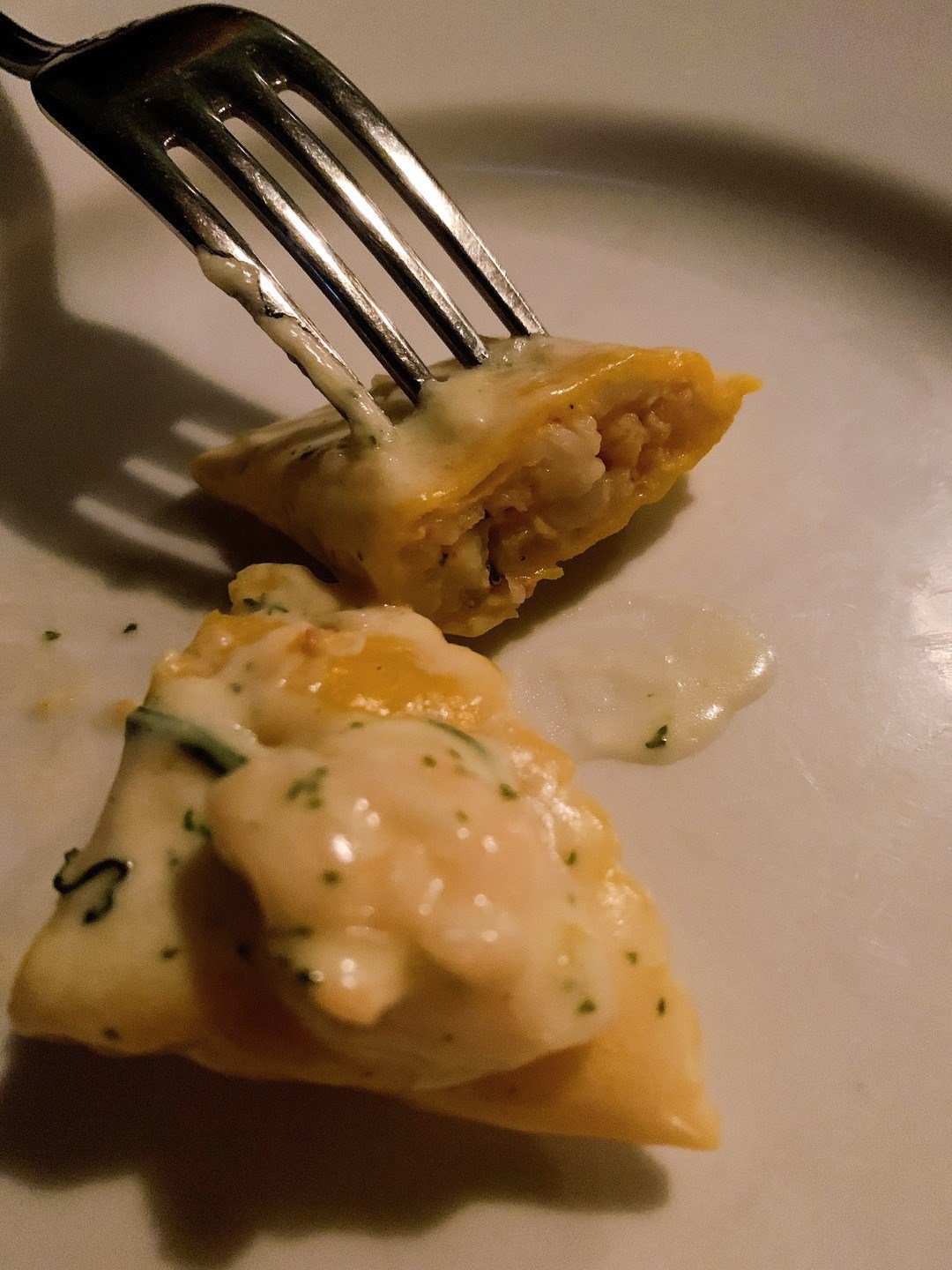 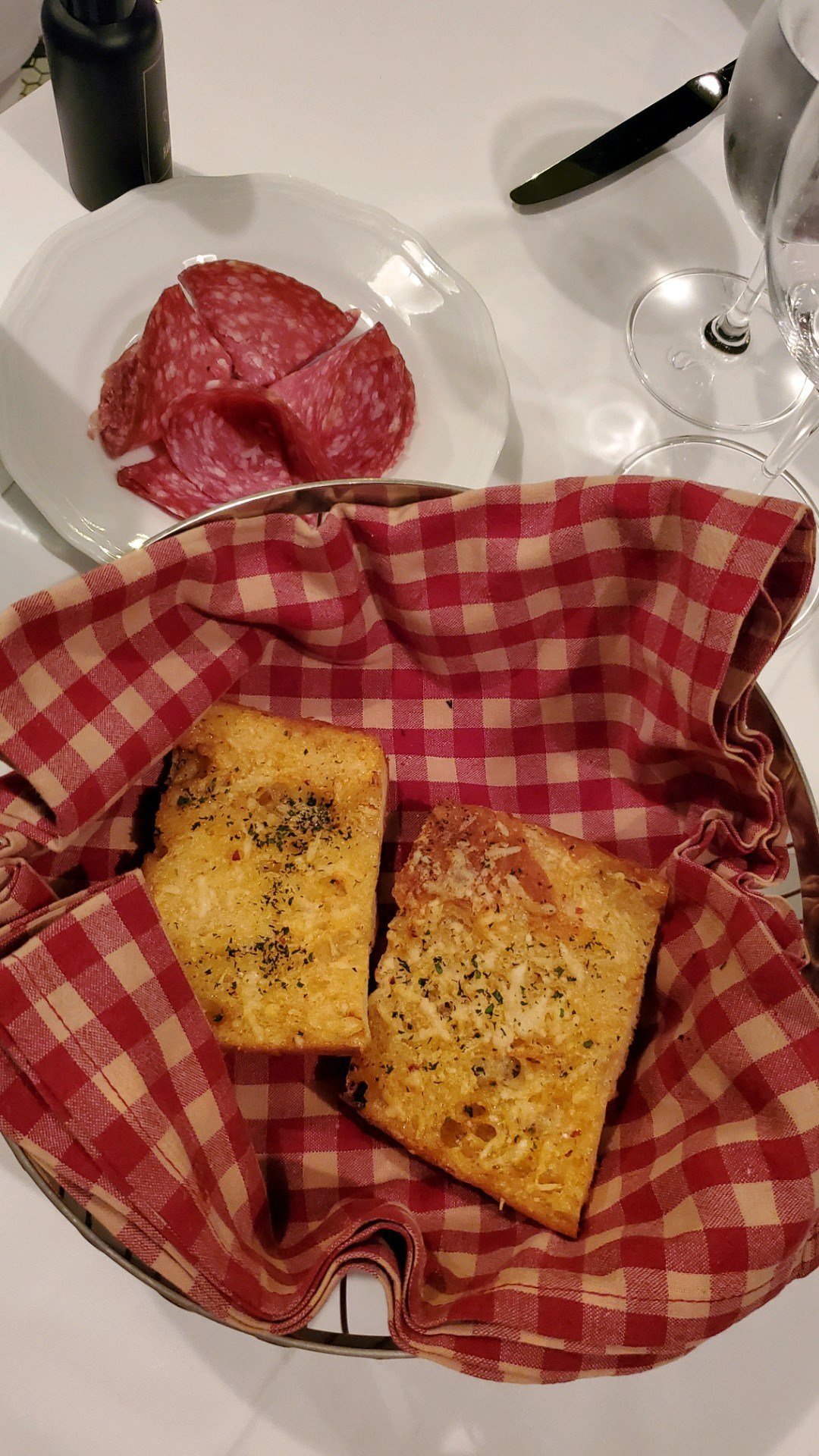 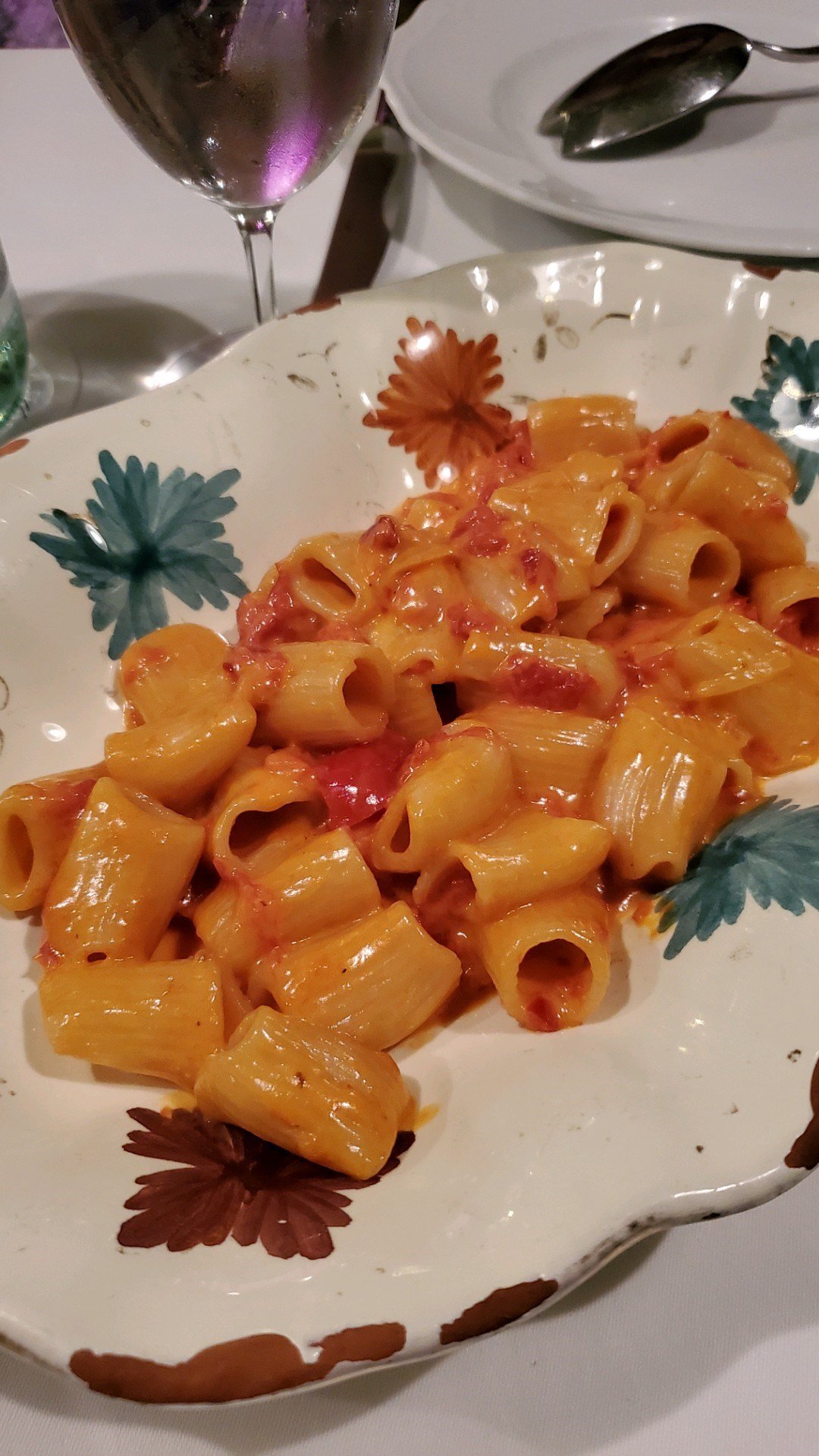 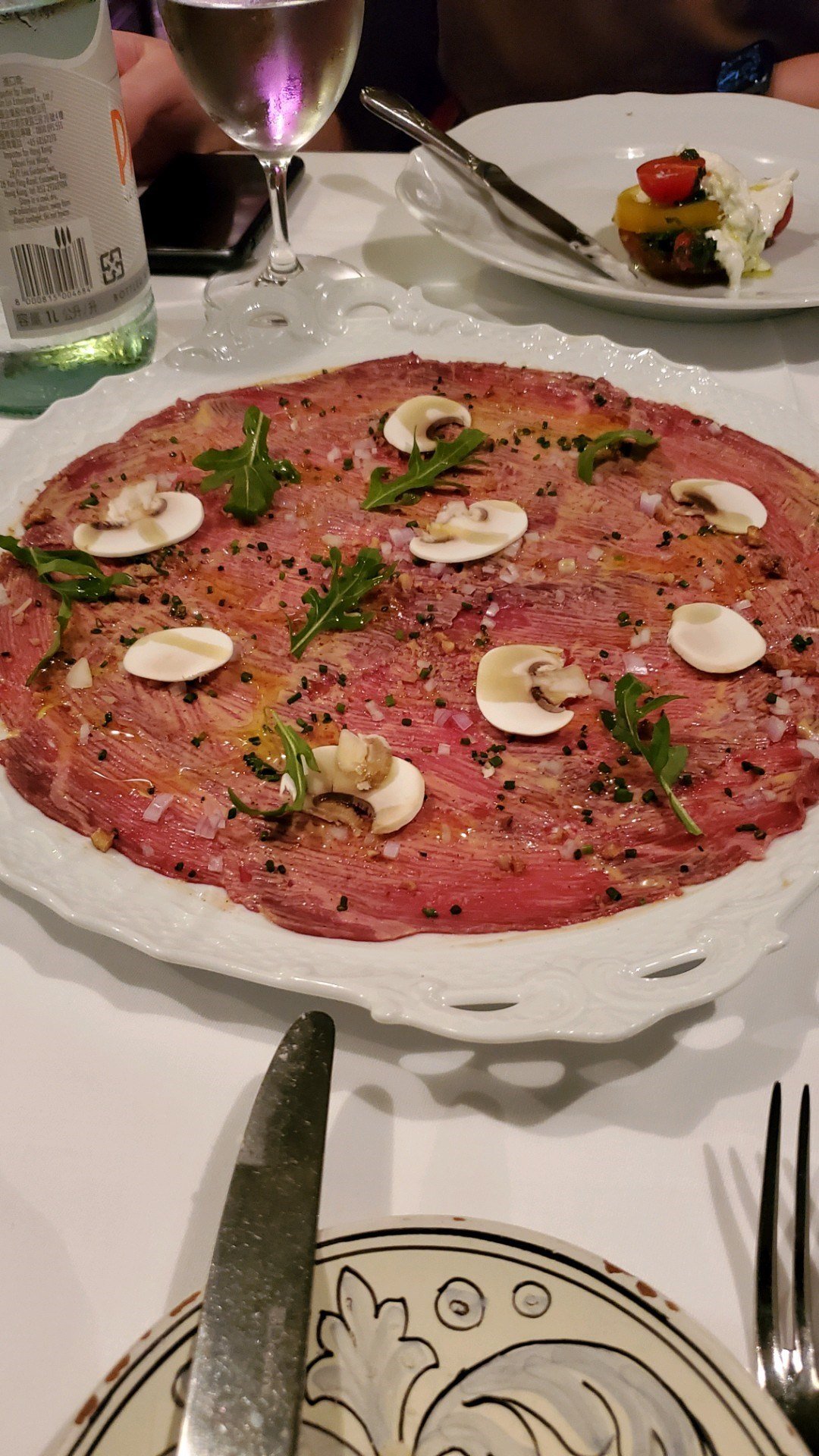 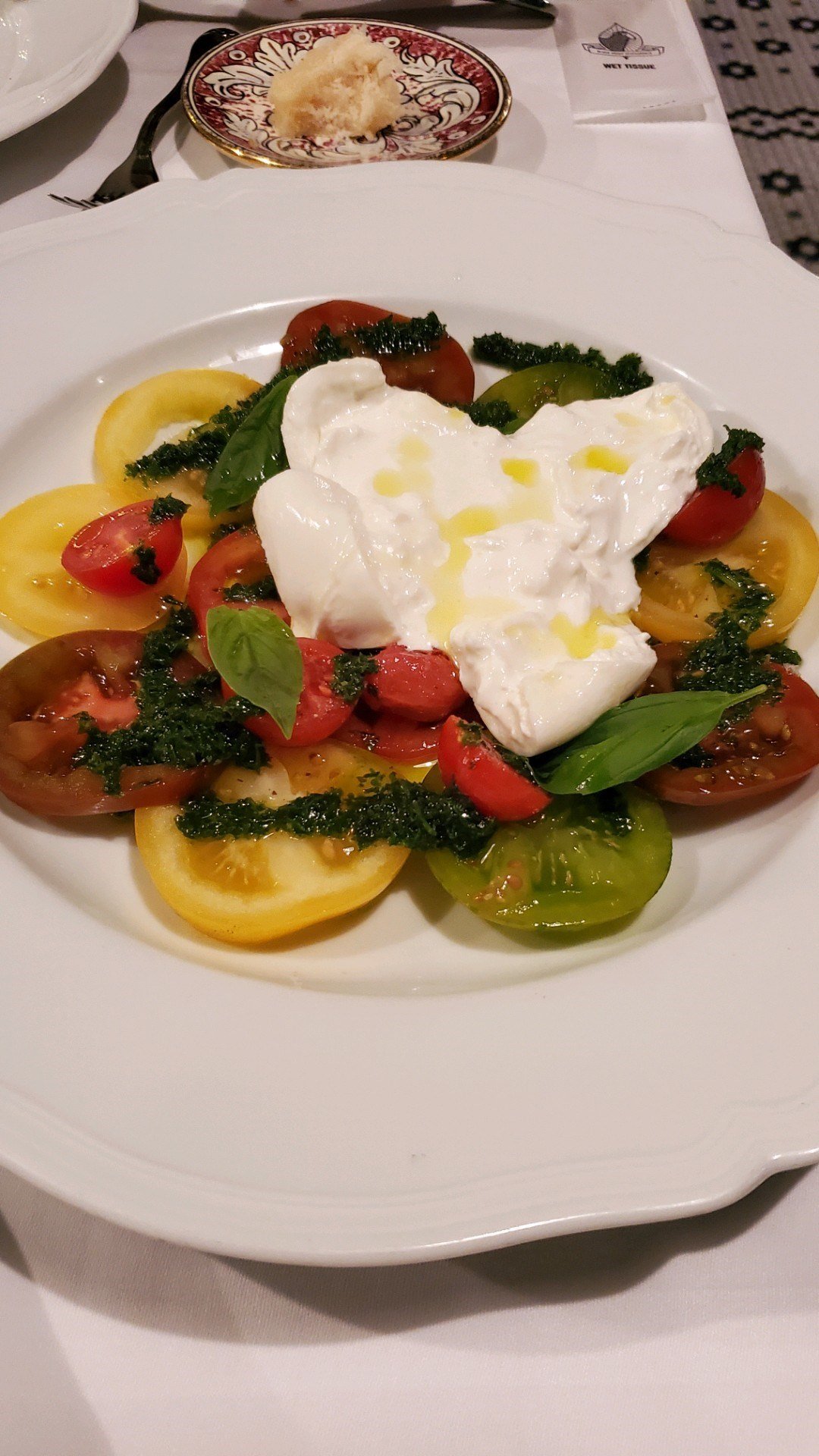 網友對中環Carbone Hong Kong餐廳評價:
Wenr to Carbone for a weekend, we ordered ala carte dishes with two dishes of pasta and some appetizers.Rigatoni alla vodkaLobster ravioliBeef carpaccioCaprese with burrataNice ambience, there was a a roll of dolls behind me, of little children holding smoking cigarettes. Lol. 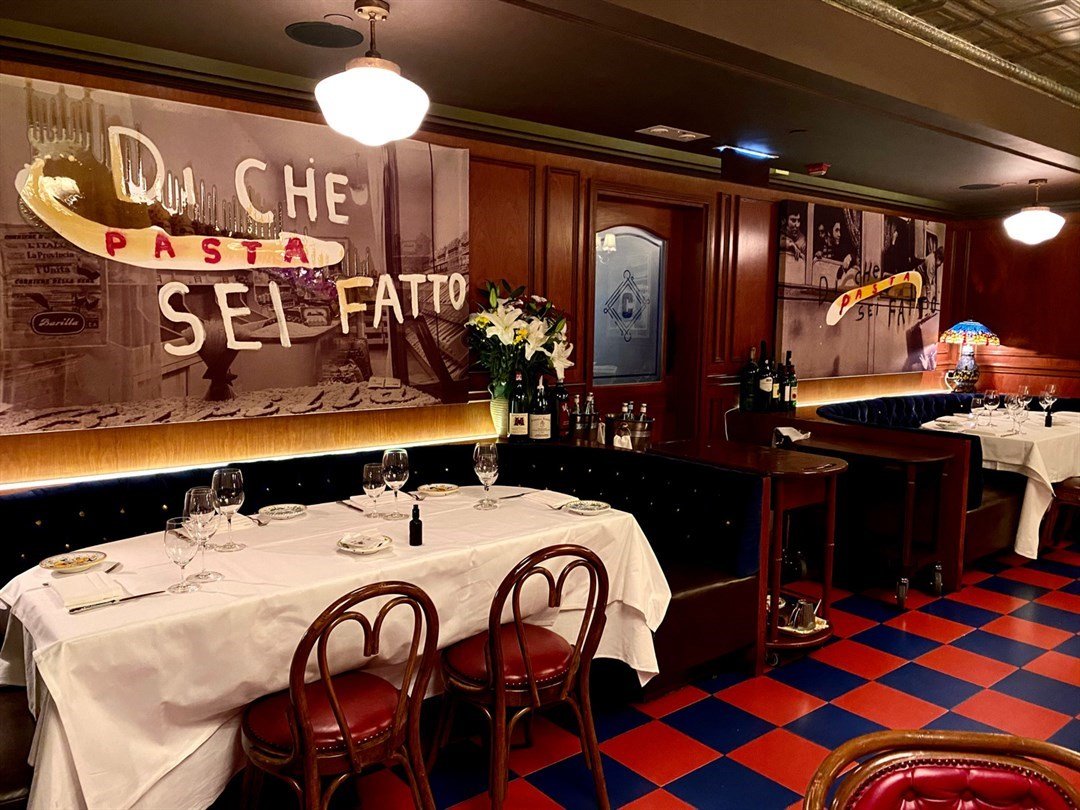 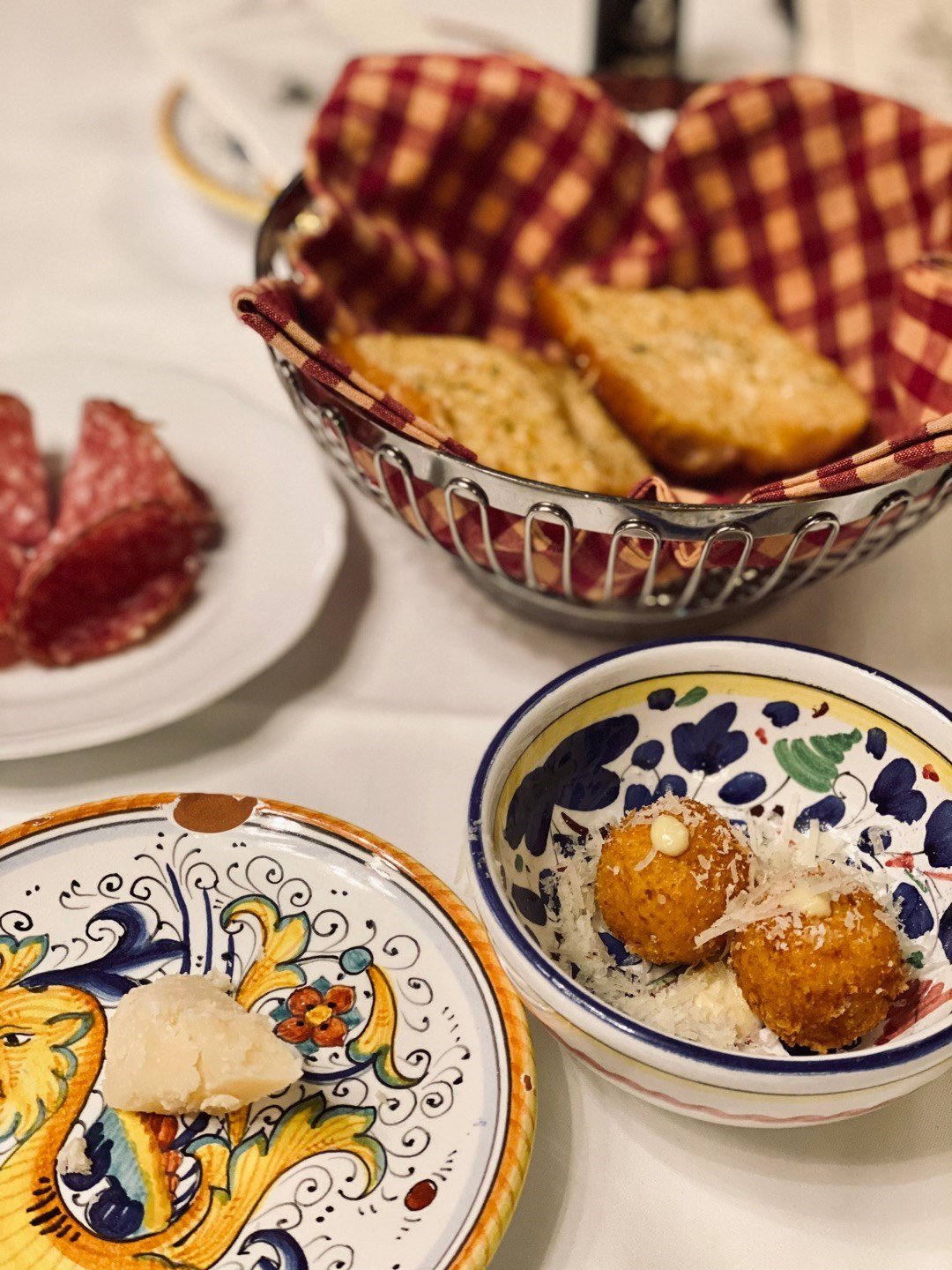 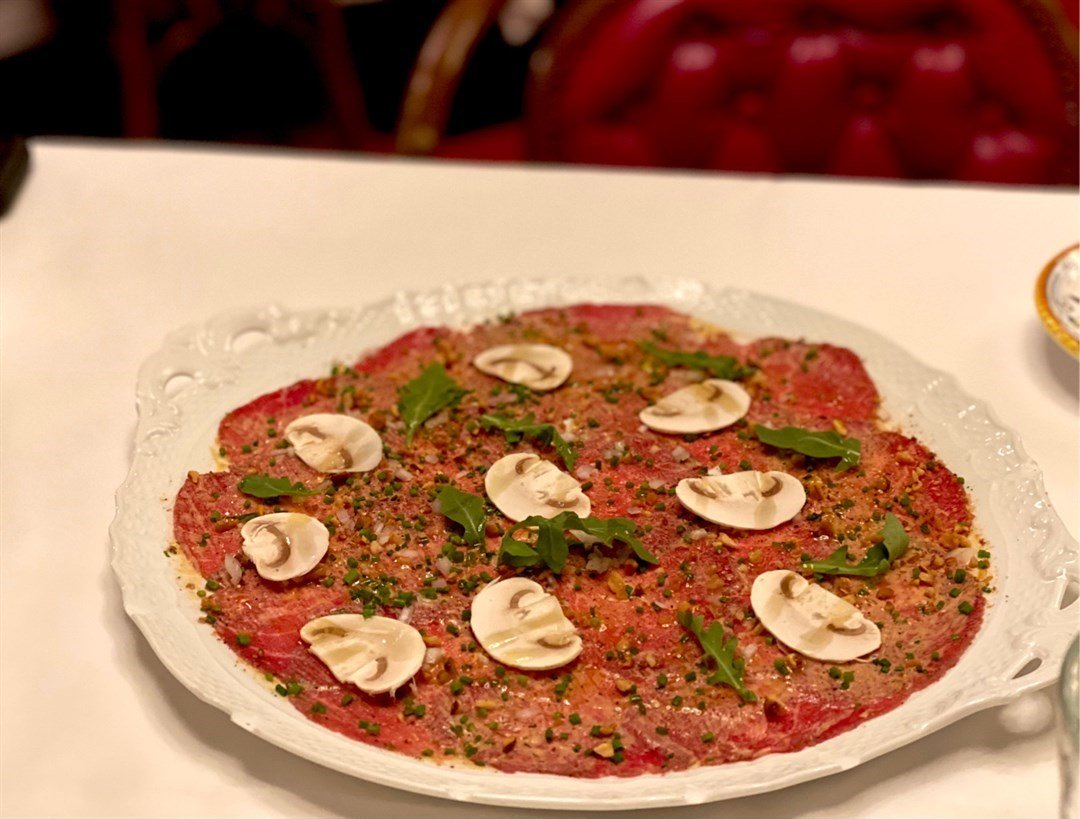 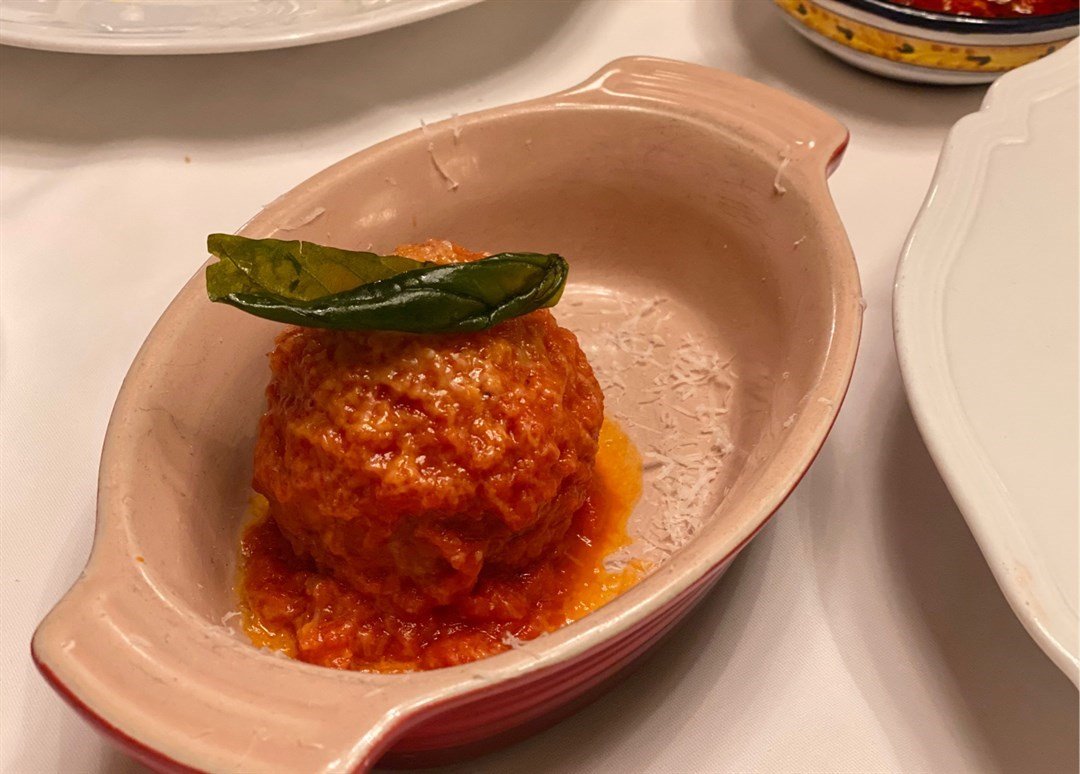 網友對中環Carbone Hong Kong餐廳評價:
Carbone is a dashing choice for New York style Italian food. The menu is compact enough so that everything on it is what the house feels confident about presenting, but not so much that you feel that it severely limits your choice. The interior is classically designed with old school chandeliers and vintage floor tiles while seating is comfy and spacious. The enclosed restaurant lacks natural lighting and without being able to look outside of the restaurant, you could perhaps fool yourself that you’re in another city like, for instance, New York, where Italian restaurants like this one abound. Or, if you prefer, pretend that it’s an exclusive, private club of some sort. And of course you would always have Black Sheep hospitality to take care of you and your guests. Servers are a little less warm here than at some other Black Sheep places, perhaps because Carbone is more popular, but it’s still many times better here than the average restaurant in the area.Yes, Carbone is on the pricier side, but only if you are a bit too eager and want to eat everything on the menu. Or, say, because you are having too much to drink. Otherwise, complimentary bread and cheese (refills on request) should get you going. Ordering too much would just get you filled up in an unpleasant way in any case, as the food here comes in relatively large portions and is incredibly rich (read: fatty and loaded with salt)—it’s New York style after all. I’d much rather order just enough every time, savor the food thoroughly and come back often.On another note, if you’re up for New Yorkstyle Italian in a more casual setting, Mostaccioli Brothers beneath Elgin Street is a nice option with friendlier prices. There is outdoor seating there, too.Food RundownSome nibbles to get you going. Parmesan cheese chunks, arancini, salami and garlic bread. I usually request for normal, unoiled bread (to save myself some tummy space for the mains) and if your server is nice that should be available.Carpaccio Piemontese ($278) presents itself with paper thin wagyu beef slices, chopped walnut, funghi and some olive oil. It’s just slightly salty but we were still truly impressed with the meltingly delicate beef and the symphony of crunches and flavors orchestrated by the rest of the toppings. A mustorder.Octopus Pizzaiolo ($268) comprised one tentacle of a Spanish octopus with some roasted pepper and fingerling potato. The sweet sauce paired with both crunchy and tender pepper was a great backdrop. All in all a hearty appetizer to start.Lobster ravioli ($328) with vermouth and fine herbs was excellent. The pasta dough was springy and moist and integrated seamlessly with its fillings and the savory sauce. Definitely get this if you like lobster.Not enough meat? Not to worry. Mario’s Meatball ($278 each) has got you covered. The meatball is made with pork only. It holds tightly together and the mouthfeel is super soft. It’s definitely a bit on the fattier side and probably included minced pancetta and bread crumbs, making for an incredibly juicy and satiating bomb with countless pockets of moisture. The tomato marinara is delightful, too. But I do think half melted (or at least a fluffier) parmesan would go better with this than dry bits with no piping hot sauce to melt on.New York Bonein Strip ($608) is sourced from Chicago’s Meats by Linz and while this was no doubt a decent steak, it wasn’t the best for us. The strip steak was relatively straight so we had quite an even texture throughout and the meat had good marbling. There are no complaints about the grilling (which was frankly quite perfect) either. But the beef itself just didn’t quite have the nuanced, more complex flavor profile and richness of our favorite steaks. So I wouldn’t come here just for the bonein strip as it isn’t their best show.Chicken Parmigiana ($328) is an alltime classic, a quintessential ItalianAmerican dish that celebrates the abundance of meat in the land of the free. Instead of drowning in marinara this is served almost in the form of a margherita pizza which I thought was interesting and, of course, appealing. The chicken was beaten and flattened to its thinnest, and with the breading it was deepfried to a firm crunchiness. I thought the dish was made to a good standard, and I especially liked that neither the marinara nor the cheese was overboard.Lemon Cheesecake ($215) was a little less cheesy and more of an ultra smooth, milky vanillay kind. It almost tastes like ice cream as it was also very cold. A little too sweet if you ask me.Rainbow cookie to end, in true Italian style.Both hot and iced coffee were good. The second wave kind in terms of flavor—more smokey and roasty and bold.